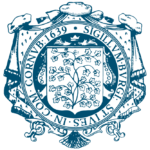 Town and parish councils have some limited duties and a broad range of powers, developed over centuries under which they can act to improve the economic and social well-being of their communities. A detailed list of local council powers can be viewed here.

In the Localism Act 2011, local councils in England were given a General Power of Competence. This means that Councils, once adopting the power, no longer need to ask whether they have a specific power to act, from one of the many powers detailed above. Instead they can rely on this single power to make decisions and deliver services and projects. There are limits to the power – councils are given “the power to do anything that individuals generally may do as long as they do not break any other laws”.   It is a power of first resort.

There are some limits on using the General Power of Competence where other laws take priority, for example duties on councils to act to prevent crime and disorder; to respect human rights; to consider biodiversity; and to protect personal data.   Sometimes a council will want to do things that an individual can’t do, so these are also outside the power: creating byelaws, charging a precept (council tax) or issuing fixed penalty notices. In these cases they must use the original legislation. The General Power of Competence does not mean the Council can delegate decisions to individual councillors. This procedural matter remains enshrined in law.

St Ives Town Council first adopted the General Power of Competence at its meeting on 26th July 2018.  It re-adopted the power at its annual meeting on the 19th of May 2021 (minute 20.i). This power remains with the Town Council until the Annual Meeting following the next ordinary election (i.e. May 2025); it can then be readopted at that Annual Meeting if the Council is still eligible.

In order to be eligible to adopt the General Power of Competence there are two criteria that must be fulfilled:

At the time when the General Power of Competence is adopted, at least two-thirds of the total seats on the council must be held by members who stood at the last ordinary election or subsequent by-election, i.e. council members who have been elected (even if unopposed) rather than co-opted or appointed. Of the 16 Council members, 14 were elected un-opposed at the May 2021 election, therefore this condition is met.

The Clerk must hold the Certificate in Local Council Administration or an equivalent qualification. The current Town Clerk holds the required qualification and did so at the time of the decision being made. Their qualification can be inspected on request.

Details of how decisions are delegated in St Ives can be viewed in the Council’s adopted Scheme of Delegation.

During the Corona Virus pandemic, the Council has needed to suspend formal meetings for specific periods. During these periods, the Council has passed an emergency scheme of delegation to permit officers to make decisions, in consultation with Councillors. All such decisions are documented and ratified at the next meeting of the Council.

Back to Previous Page

Menu
Menu
ST IVES TOWN COUNCIL © 2021 | All Rights Reserved | Site Map | Accessibility Statement | Site by Meor
We use cookies on our website to give you the most relevant experience by remembering your preferences and repeat visits. By clicking “Accept All”, you consent to the use of ALL the cookies. However, you may visit "Cookie Settings" to provide a controlled consent.
Cookie SettingsAccept All
Manage consent

This website uses cookies to improve your experience while you navigate through the website. Out of these, the cookies that are categorized as necessary are stored on your browser as they are essential for the working of basic functionalities of the website. We also use third-party cookies that help us analyze and understand how you use this website. These cookies will be stored in your browser only with your consent. You also have the option to opt-out of these cookies. But opting out of some of these cookies may affect your browsing experience.
Necessary Always Enabled
Necessary cookies are absolutely essential for the website to function properly. These cookies ensure basic functionalities and security features of the website, anonymously.
Functional
Functional cookies help to perform certain functionalities like sharing the content of the website on social media platforms, collect feedbacks, and other third-party features.
Performance
Performance cookies are used to understand and analyze the key performance indexes of the website which helps in delivering a better user experience for the visitors.
Analytics
Analytical cookies are used to understand how visitors interact with the website. These cookies help provide information on metrics the number of visitors, bounce rate, traffic source, etc.
Advertisement
Advertisement cookies are used to provide visitors with relevant ads and marketing campaigns. These cookies track visitors across websites and collect information to provide customized ads.
Others
Other uncategorized cookies are those that are being analyzed and have not been classified into a category as yet.
SAVE & ACCEPT

Investing in the future…..

Doing business with the Council